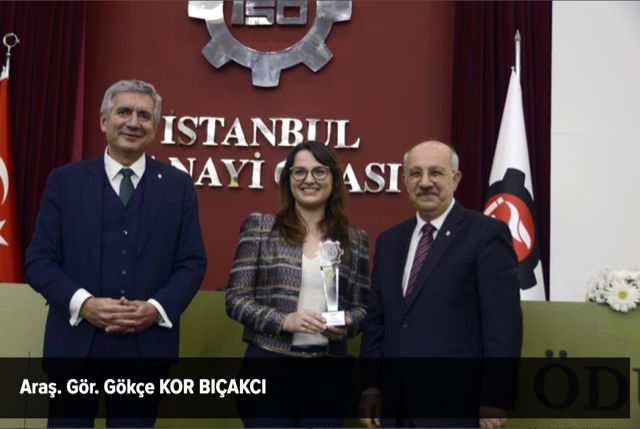 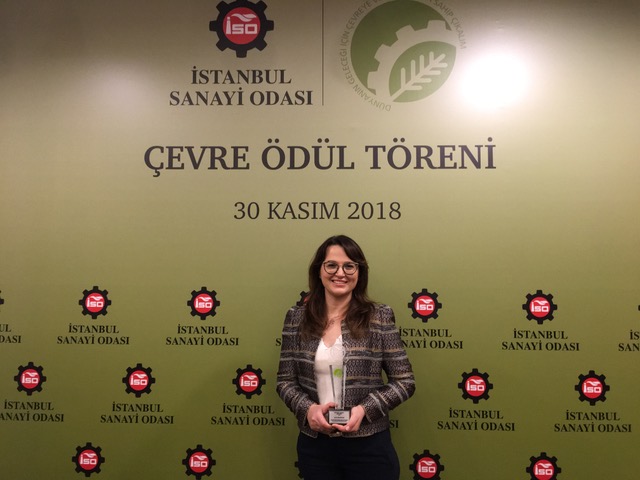 The ISO 2018 Environment Award in academician category was presented to Dr. Gökçe Kor Bıçakcı by the Istanbul Technical University rector, Prof. Dr. Mehmet Karaca and the Chairman of the Board of Directors, Erdal Bahçıvan. Gokce Kor Bicakci has been given the award for her research titled as "EFFECT OF MICROWAVE PRETREATMENT ON REMOVAL OF ANTIMICROBIAL TRICLOSAN DURING ANAEROBIC SLUDGE DIGESTION". The study of Gokce Kor Bicakci among with highly respected four other academicians were awarded this year, who added significant value to the ecosystem with their academic publications in the field of environment. The award ceremony held on 30 November 2018 at Istanbul, Turkey by the participation of Minister of Environment - Mr. Murat Kurum and several key members of academia, business and industry organisations.

Istanbul Chamber of Industry has been offering support to its members regarding environment-related issues since 1990. The chamber carries out its activities in the fields of training, consultancy, opinion-formation, environment projects, carbon footprint, waste management, mining and non-sanitary enterprise licenses, occupational health and safety, and forestation. 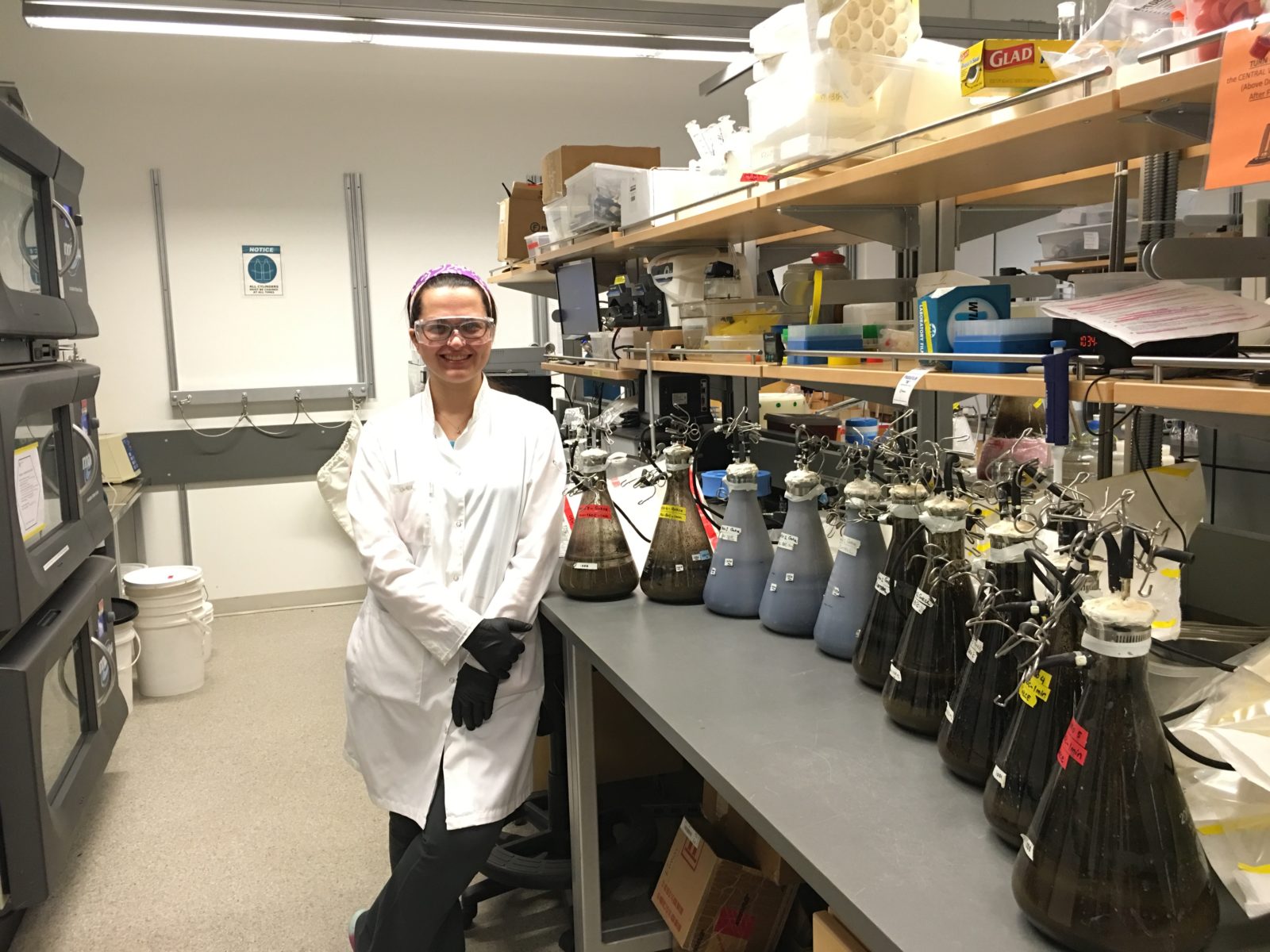 Gokce KOR BICAKCI received the GWP Award, which was organized by the German Water Partnership to support young experts in the field of water and wastewater. The award ceremony held on 2 November 2017 at Eskişehir, Turkey during 7. Turkish-German Water Cooperation Days. This event were organized by the German Water Partnership and the General Directorate of Eskisehir Water and Sewerage Administration (ESKI) and the Ministry of Environment and Urbanization also supported.

The prestigious award has been given after selective evaluation of the researches about "Concrete solutions to challenges in the operation and optimization of water and wastewater treatment plants and their infrastructure within the next 5 year". GWP Award was presented to Gökçe Kor Bıçakçı by Hans Joachim Werner, President of GWP Turkey Forum.

Gokce Kor Bicakci has been given the award for her research titled as "Effect of microwave pretreatment on removal of triclosan during anaerobic sludge digestion and biosolids quality for land application". Kor Bicakci’s study has been supervised by Dr.Eskicioglu, leader of UBC Bioreactor Technology Group and Dr. Cokgor from Istanbul Technical University Environmental Engineering Department.